The Gamecube controller is nearly two decades old, but the passion for it has yet to die out. I can’t count how many times I’ve seen people requesting that Nintendo remake the controller to replace the Pro Controller design.

One of those fans is Redditer ‘endmethanks’, who decided to do a simple mockup of a Gamecube controller redesigned to be fully- compatible with the Nintendo Switch. Check it out: 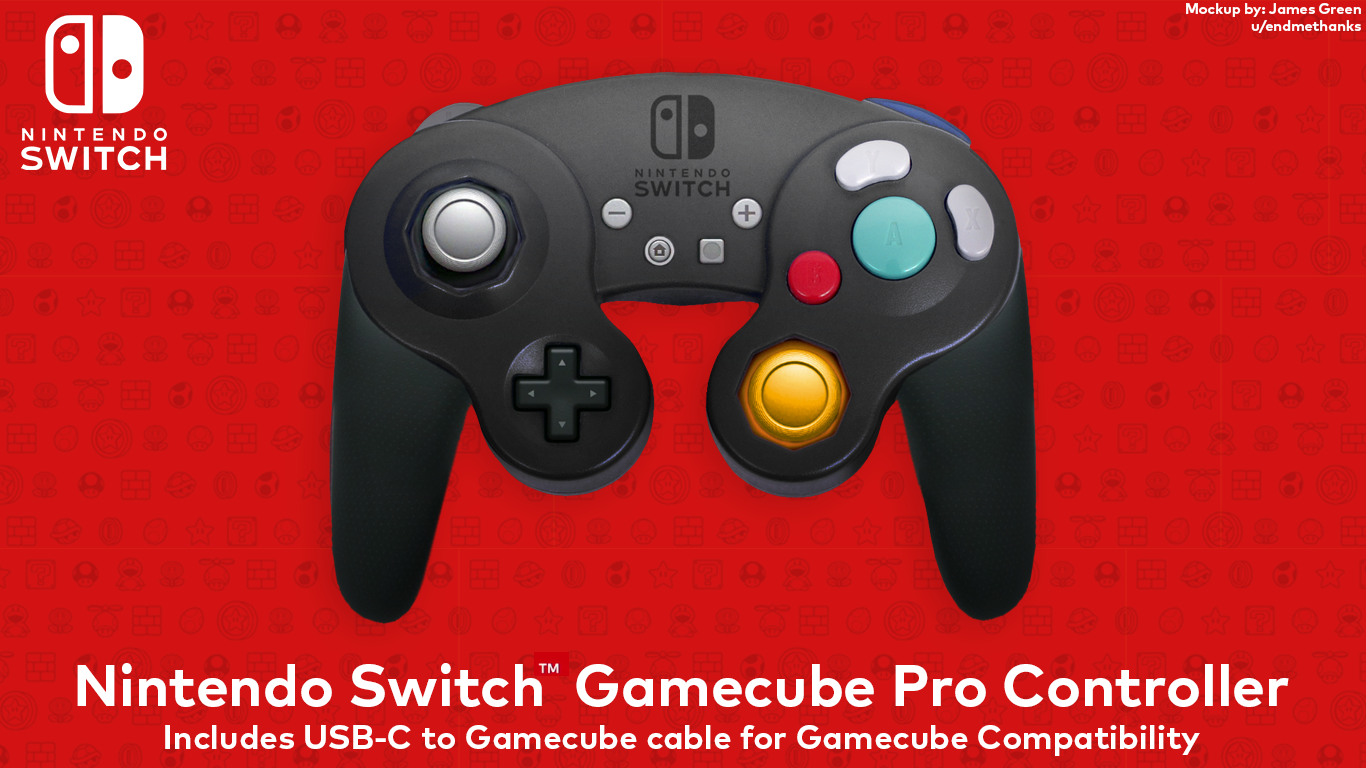 As you can see, it features all the classic face buttons from the OG GC controller but also sports some new additions that bring it inline with the Switch layout (+, -, HOME & Capture).

You may remember that compatibility for the Gamecube controller was added to the Switch out of nowhere a few weeks ago after the system’s firmware was updated to version 4.0. The compatibility is by means of the Gamecube Controller Adapter for Wii U. Functionality is hit-and-miss depending on the game, since the GC controller has less buttons than that of the Switch’s Joy-Cons and Pro Controller. Apparently, not even Nintendo realized that compatibility was added, with Reggie Fils-Aime saying that it was as much of a surprise to the Big N as it was to users.

Would you want to see a properly redesigned GC controller come to the Switch like the mockup above?

ALSO CHECK OUT:
The GameCube Controller Works with the Switch – Why is it so Popular?