The Chinese mobile game development company NetEase is apparently making a game that some Nintendo fans think looks eerily similar to a certain Zelda game. You can be the judge of the screenshot from Operation Windcloud Island below, but the company did not take well to these allegations. Instead of addressing the concerns, or just ignoring them, here’s what GN said the company did:

“Instead of explaining how the two games differ, NetEase decided to badmouth Nintendo fans who don’t consider mobile games to be true games. Moving on, NetEase said that all PC games are superior to games on Switch, and then started spewing derogatory names for Switch fans. Then just for the hell of it, NetEase started to bash PS4 fans as well.”

Yikes! But the story gets even more cringe-worthy. To make up for the terrible rhetoric, and to show it was not being serious, the company deleted its post and shared this picture to show how much the company loved Nintendo: 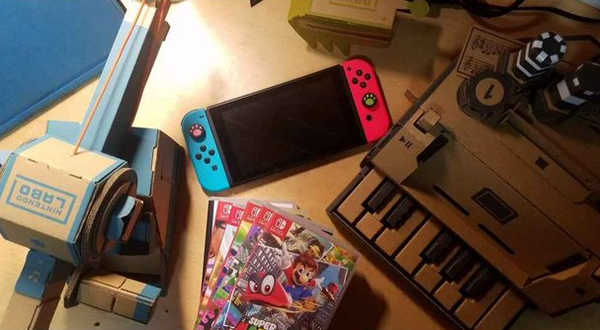 Buuuuuut, it turns out that the picture is not even from NetEase, but came from another place. Gamers quickly found that the photo was not original. This doesn’t look good at all for NetEase, which has now dissed a substantial number of gamers and lied about its actions.

Eli Pales
Eli buys virtually every Nintendo title that comes out but has expanded his collection to include amiibo. He hasn't taken them out of their boxes, though, so he might be a bit insane. When not playing video games, Eli likes writing about politics and games. He also runs a decent amount. Outside.