Focus Home Interactive, the main publishing partner of GIANTS Software, is currently holding an event where it’s showing off various new projects to journalists. One of the announcements to come out of the event is that GIANTS Software’s Farming Simulator series will be making a return to the Nintendo Switch.

No core details aside from that announcement have been released as yet, but it should be safe to assume that a port of Farming Simulator 19 is in order. Farming Simulator 19 marks a small step forward for the series, as improvements have been made to a variety of different aspects of the gameplay experience, in addition to an overhaul of the graphical engine. There’s no telling how the new visuals will be reflected on the Switch, though they should at least still be a step up above the quality of its predecessor on Switch.

But when is it coming?

It appears that the development and release schedule of the new Farming Simulator for Switch is following a similar pattern to that of its predecessor, which was simply called Farming Simulator: Nintendo Switch Edition. Meaning that it’s going to be a port released quite a while after the other platforms. FS:NSE launched back in late 2017, whereas Farming Simulator 17, the game that it was based on, released back in late 2016. Considering that not even an approximate release date for the new Switch port has been revealed yet, that might indicate it’s probably still a ways out from now, which may have it releasing either sometime in the summer or fall—if it does come this year.

The Switch version of FS17 was pretty decent, so I’m intrigued to see how GIANTS handles the port of FS19. I awarded the PC version of the game a 7/10 over on PC Invasion, a sister site of Nintendo Enthusiast: 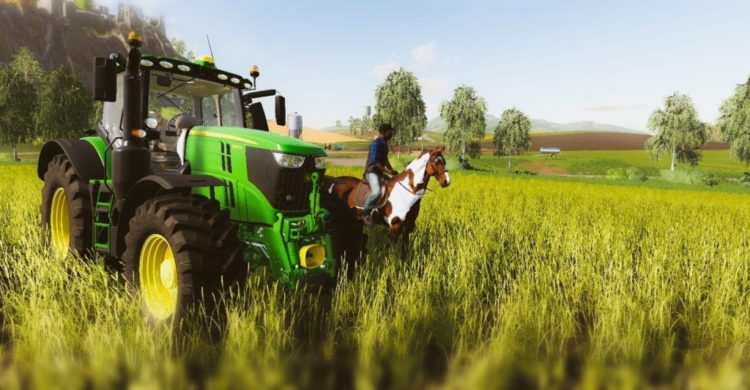