by Menashe and Ryan C.

The N64 had nearly 400 games released in its library over a 6 year lifespan. How do you filter out the best N64 games? Well, we think that 100 of those games are worth your time more than the others. It took a lot longer than expected to compile this article and we hope it was worth the effort.

We hope that after reading this article some of you will have a blast going back and playing through your favorite N64 games while discovering many other hidden gems you never knew about. How about a challenge? Can you play all 100 best  N64 games? 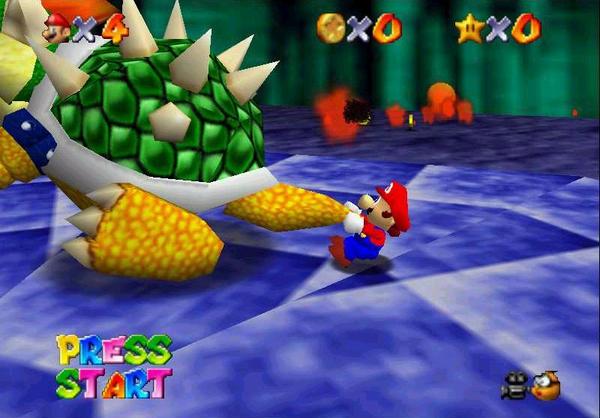 Similar to how Mario brought video games back from the crash in the 80’s, Mario perfected gameplay in the 3rd dimension with responsive controls, thanks to the N64 analog stick. Players could select a number of levels from Peach’s castle, each with its own theme and stars to collect. Who could forget the terrifying Boo’s Mansion, or first stepping out into Bob-omb Battlefield to fight King Bob-omb? It is memorable in every way with tight gameplay to back it up.

Depending on whom you ask, some may say Banjo Kazooie is Rare’s best game; some may say it is the best 3D platformer of all time. Throughout the game, Bottles will teach you new moves and by game’s end, you will have accumulated a wide number of techniques such as flight, invisibility, and a ton of combat moves. These abilities open up the world in a way few games could match with a number of ways to tackle your objectives. Imaginative, innovative and fun, Banjo Kazooie sits among the best of the best.

Everything a sequel should be and more, Banjo Tooie raised the bar with complex levels, even more techniques to learn, and a stiffer challenge. One aspect that may draw criticism is since it is more complex, backtracking is now apart of the adventure. Regardless, this game can be considered one of the best sequels ever made and one of Rare’s greatest titles– and who can argue with those credentials?

Donkey Kong 64 is a massive game filled with collectables and secrets that are sure to keep anyone busy for days, if not weeks. With five playable characters and tons of upgrades and abilities to learn, each character can explore new parts of the level that others cannot. The areas are expertly designed (no surprise seeing who the developer is), the gameplay mechanics are well imagined and the controls feel tight. If you are looking for a deep platformer, spend some time in the jungle with the Kong family.

What could have been another family friendly game from Rare turned into one of the most controversial and raunchy games of all time. The dialogue, story, and situations are worth the price of admission alone with parodies of Saving Private Ryan, The Matrix, and Terminator. Each zone has its own unique gameplay style and design ensuring repetition is non-existent. While some areas are needlessly frustrating, Conker’s Bad Fur Day should make anyone have a good day playing this gem. Yoshi’s Story is a lighthearted platformer that should crack a smile on anyone’s face. It is not the hardest game on the N64, but with multiple paths, the challenge comes from which route you take. As one of the few games that stayed 2D while the industry was changing to 3D, Yoshi’s Story is a delightful experience that can be played anytime. And look at that art style!

Kirby’s N64 debut introduced one of the most fun innovations of the series: Kirby can combine any 2 power-ups to form completely new abilities. Ever wonder what would happen if you took fire and rock at once? Well thanks to the Crystal Shards you can have as much fun experimenting with these abilities as you can while going through the well-designed levels and clever boss battles. Just one tip, go for electricity and rock…you will see why.

The fact that there are people out there who include Rayman 2 on their “best games of all times” list says something about the quality of the game. What I particularly loved about the game was the atmosphere and charm it exuded. However, it has been praised in almost all aspects including audio, graphics, controls, the colorful and vibrant worlds, the soundtrack, and the varied gameplay.

Before Rockstar started making GTA on the PS2 they were known as DMA Design and made two awesome games on the N64: Body Harvest and SSSV. Body Harvest will come later on in this list, but for now it’s enough to know that Space Station Silicon Valley received critical acclaim on the N64 and is considered a cult classic. This is in part to its intuitive body-swapping mechanics, innovative level design, and comical concepts. Oh yeah, and it had a few “lovable” glitches that everyone talked about at the time. Ever heard of Sucker Punch? Does Sly Cooper or Infamous ring a bell? They’re currently tied up with Sony, but their first game ever was for the Nintendo 64. Rocket: Robot on Wheels does not feature a robot on wheels. He only has one wheel. But, who cares what it’s name is when a platforming game is this much fun! It’s often noted that Rocket was the first video game to make use of a realistic physics-engine to drive the gameplay. Players were often required to solve puzzles dealing with mass, inertia, friction, and other physical properties. It’s worth finding a copy of this rare game just to try it out. 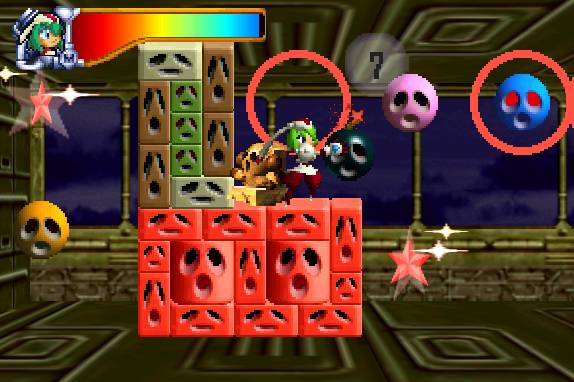 What a unique partnership! Enix brought the character design and plot while Treasure brought the action and a whole lot of bizarre personality. Together they created an action-platformer that did things in a charming but unique way. The story of the robotic Marina saving Professor Theo from the evil Clancer race was oddball and simple, while the gameplay tried something completely innovative with the grab and throw mechanic. If Treasure had had more time to polish the game and learn the N64’s young hardware, this game could have been a classic. In the end it only turned out to be merely “good.” Mystical Ninja is part of Konami’s ongoing Goemon franchise and the first outing on N64 saw it borrow elements from both Ocarina of Time and Super Mario 64. As long as you had the stomach to handle a game full of Japanese quirkiness and possibly even appreciate it, you were all set for a fun romp through a cartoony feudal Japan.

The Goemon franchise continued with this sequel on the N64, but this time it did things a bit differently. Konami took the franchise back to its sidescrolling roots (which began on the SNES) with 2.5D platforming gameplay. Once again, each world is designed with Japanese styles and themes, and Goemon’s Great Adventure continues the series’ tradition of offbeat, surreal humor. Imagine a Star Fox 64-like flight-shooter but without being stuck to the rails. Buck Bumble is considered a hidden gem on the N64, and it had you flying around as a bee, trying to stop the evil Insect Herd who are plotting to take over the garden as the superior species of bug. Buck Bumble is definitely worth playing. While it isn’t perfect, it’s a fun game, and that’s what really counts.

Our friend Jools Watsham from Renegade Kid said that the first game he took from concept to completion was Iggy’s. The titular character, Iggy, was actually the mascot of the developer, Iguana Entertainment. Iggy’s was a  decent single-player game, but where it really shined was in its four-player multiplayer racing. You can’t fully wrap your head around the gameplay until you see it for yourself, but it’s a bit like what a sidescrolling Sonic would be like if it became a 2.5D racing game.

The critics bashed it for its difficult controls and strange life/continue system, but the fans heralded its uniqueness and gave it a cult following. (Plus, he does the whole Yoshi-tongue thing.) The fans ultimately won because the cult fanbase earned themselves a sequel…

Chameleon Twist 2 gave fans everything they liked about the first game but more. The levels were full of imaginative and colorful environments. New moves were added, like the parachute jump to slow your landing. And this time around, the levels were much longer. All in all, Chameleon Twist didn’t do that much new, but it made for a solid sequel. Falling in the “underrated” category, Glover was an innovative take on the platformer genre. The titular Glover has a magic ball that can transform into four distinct objects: the normal bouncy ball, a beefy bowling ball, a small marble, and a delicate jewel. The objective of the game is to return all the jewels to the central castle to undo the curse of a wizard from which you were apart of. The levels are designed perfectly for the use of a ball, and enemies may ignore you outright to burst or shatter the ball. It is intelligent and requires some use of the brain to conquer. Plus, it has a giant mech suit, and that is just awesome.