It’s become common knowledge at this point that Nintendo and Microsoft have grown very close in recent times. The relationship between the two companies became noticeably more positive when they teamed up for a joint advertisement that proudly showed off Minecraft’s Switch/Xbox One cross-platform features in retaliation to Sony’s refusal of the functionality. Just recently, Cuphead was also released on the Switch, after a surprise announcement in an indie showcase. How did Nintendo introduce that announcement? By saying it was all thanks to their “friends at Microsoft.” Furthermore, Microsoft is also bringing its new set of multiplayer networking dev tools to the Switch to help expand the console’s feature set.

Clearly, there’s a lot of “buddy-buddy” display of affection going on between the two companies. As a result, it’s really not that far-fetched to believe that we could very well be nearing a time when Microsoft releases one of its major first-party IPs on the Switch. I think the first game that’s capable of making that jump is Forza.

Forza has a wide range of appeal due to its being a racing franchise. Not only are realistic racing games still a growing market on the Switch, but Forza has a massive following considering that it’s been around for well over a decade. But its popularity has gained a bit of a second wind in recent years thanks to one major move: releasing on Windows.

Before the original Xbox came around, Microsoft developed and published quite a number of games on Windows. But after it turned its attention to the console space, the company kind of shafted its PC fans for several years. Since 2016 however, it’s been trying to win them back primarily with the Xbox Play Anywhere service. Not only does it allow Xbox One games to be ported from Xbox One to Windows 10, but it also allows data to be synced seamlessly for those who own a gaming PC and Xbox One console. One of the first games to utilize this service was Forza Horizon 3, and that’s how I was introduced to the Forza franchise for the very first time.

I fell head over heels in love with Horizon 3, and it quickly became my favorite racing game of all time. Its vast open world, a mind-boggling amount of cars, and beautiful graphics all blew me away. But of course, what really sealed the deal is its driving mechanics. Capturing a great blend of arcade and sim-style racing, Horizon 3 provided an awesome mixture of believable, yet also outrageous fun driving moments. Its successor, Horizon 4, turned things up to 11 with even more refined driving mechanics and new features that make it a more seamless and enjoyable experience. Motorsport 7 is the latest addition to the simulator branch of Forza, which is still the main vein of the series. While I don’t enjoy it as much as the Horizon games due to its focusing far more on realism and circuit-based racing, it’s still a really well put together racing game. And this full-simulator style of racer is something that’s always been extremely limited in the libraries of every Nintendo system.

To put it simply, the Switch is a really great new market for a franchise like Forza to break into.

Jumping to the other side

When Microsoft finally started bringing Forza to PC, it introduced the franchise to a whole new user base — folks who’ve never owned an Xbox (like me). As a result, sales are high and popularity is on the rise. While there are a lot of Xbox One owners who do also have a Switch, there are still likely at least a few million people in the mix who may only have a Switch, and also may not own a gaming PC. Even if that market in particular is smaller than I’d imagine, there’s still another key factor: the Switch’s portability.

A portable Forza experience has never truly been real since Microsoft has never made a handheld system. That said, Microsoft is in the process of making its new Project xCloud service that will bring game streaming to devices like phones and tablets, games like Forza Horizon 4. But the Switch would still have the advantage of being able to play the game natively rather than having to rely on streaming. That is — assuming that the games could be successfully ported. But I believe it could be pulled off.

We’ve already seen a growing variety of “impossible” ports come to the Switch. When put in the right hands, the system can really punch above its weight. And interestingly enough, Horizon 4‘s system requirements are lower and its optimization is better than that of its predecessor. So, if the Forza dev team could lower the bar of entry on PC for a newer game, I think they just might have what it takes to optimize the game for Switch.

The key difference between bringing a game like Minecraft and Cuphead to the Switch versus something like Forza is the status of the IP. You see, Microsoft made neither Minecraft nor Cuphead; it simply bought the rights to them. Franchises like Forza , on the other hand, have always belonged to Microsoft as they are fully first-party. So, that’s really the one major hurdle that a port such as Forza would have to clear: is Microsoft willing to go that far? Honestly, it seems so.

Microsoft and Nintendo are closer than they’ve ever been, and it seems like if there’s money to be made on both ends, each side will be willing to go through with a deal. And in a situation like bringing Forza over to the Switch, that would definitely be the case. Microsoft would have a new user base to jump into, and Nintendo would have a massively popular franchise come to its system for the very first time. That’s publicity and revenue for both parties, which is ultimately what they’re most chasing after anyway.

But of course, only time will tell. Perhaps this particular situation might be a bit too far-fetched. But as a fan of both racing games and the Forza franchise, I for one would be jumping out of my seat should an announcement like this take place. 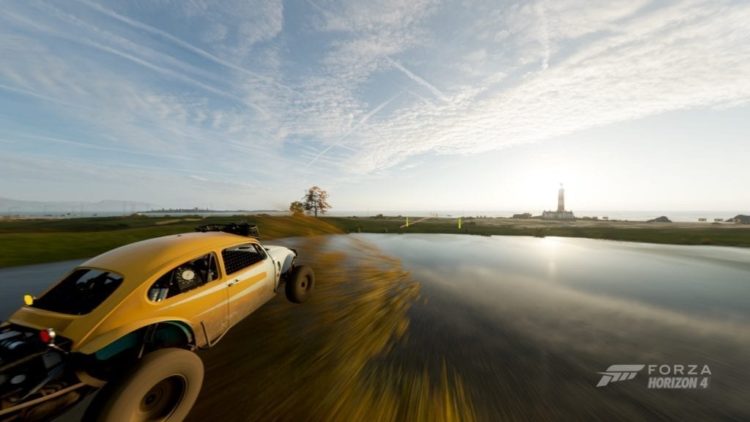